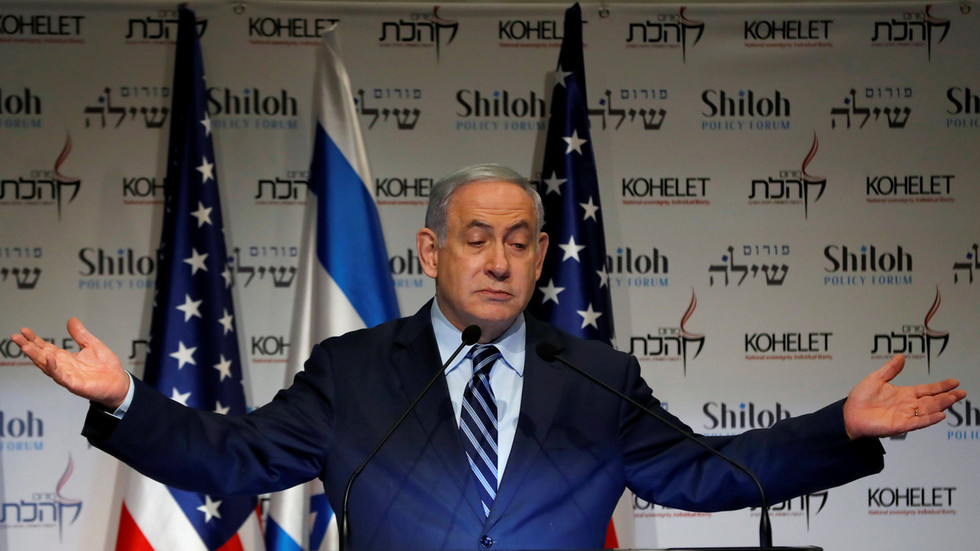 In a blow to Israeli Prime Minister Benjamin Netanyahu, the Knesset was given the green light to debate his immunity from prosecution. The legislative body is likely to deny it, paving the way for his corruption trial to start.
Netanyahu requested immunity after he was indicted in November on charges of bribery, fraud and breach of public trust saying he needs “to continue to lead Israel to great achievements.”
On Sunday Eyal Yinon, the Knesset’s legal adviser, issued a ruling that Speaker Yuli Edelstein should allow the formation of a Knesset House Committee that will look into the matter and is expected to reject the request.
Edelstein, who is part of Netanyahu’s Likud Party, warned at a press conference in Jerusalem that “convening the Knesset committee” is a “grave mistake” as it will turn the legal process into a “jungle that will debase the honor of the legislative body.”


Yinon delivered his opinion shortly before Edelstein’s press conference and said the speaker does not have the authority to block the formation of a committee to debate Netanyahu’s request for immunity.
When requesting immunity, Netanyahu said it was only “temporary” and that “there is no possibility for anyone to avoid standing trial.”
The prime minister has denied any wrongdoing and said that immunity laws exist to protect “elected officials from political lawsuits.”
Israel has been facing political turmoil for quite some time with close election results in April and September last year preventing the formation of a government. A committee can usually only be formed after
the government has been sworn in, but with Yinon’s ruling, this means one will need to be formed anyway. When Netanyahu’s request is rejected, as many expect to happen, then a corruption trial can officially begin.
And with Israel’s general election set for March 2, Netanyahu may become the first sitting prime minister to enter an election while on trial.