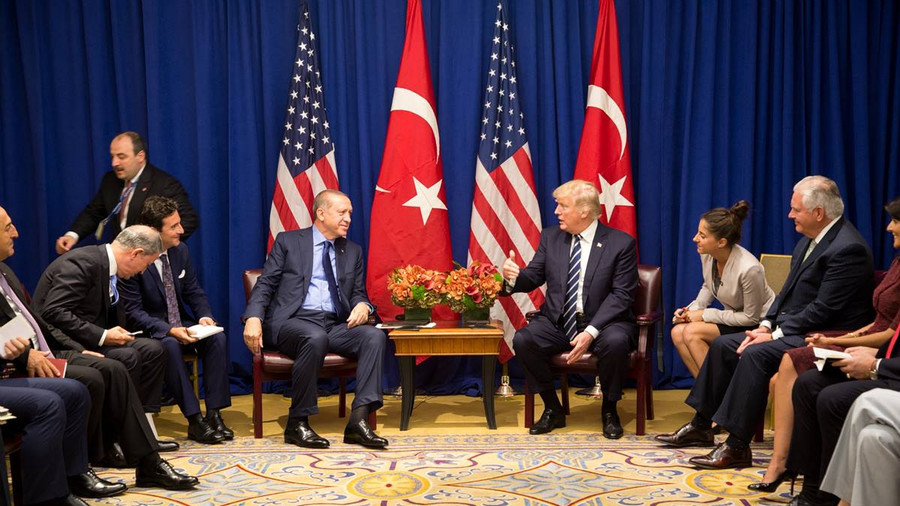 Turkey’s president has warned the US that it will lose a valuable ally unless it changes its approach to the case of an American held in Turkey on espionage charges. Washington is threatening Ankara with sanctions over the issue.
Talking to Turkish media about US threats of sanctions if Ankara doesn't release Pastor Andrew Brunson, Recep Tayyip Erdoğan said US president Donald Trump is waging a "psychological war," the Daily Sabah reports.
Washington would lose a "strong and sincere ally" if the administration there does not change its attitude regarding Brunson, Recep Tayyip Erdoğan said, after Trump threatened to impose sanctions against its NATO ally. 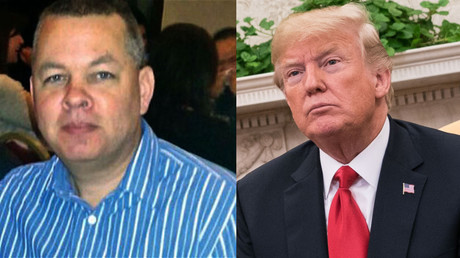 Release American pastor or face big sanctions, Trump threatens Turkey
Pastor Andrew Brunson, who has lived in Turkey for over twenty years, is currently being held on charges of supporting a group that Ankara says was behind the failed military coup in 2016. The pastor, who maintains his innocence, faces up to 35 years in jail if found guilty. While he was recently transferred to house arrest after being held in a Turkish prison for nearly two years, his trial on terror and espionage charges continues. The fate of the Evangelical pastor from North Carolina has been the subject of calls from President Donald Trump and US officials for his release.
After US Secretary of State Mike Pompeo discussed the fate of the American pastor with his Turkish counterpart Mevlut Çavuşoglu on Saturday, Erdoğan insisted that Brunson's release was never used in a possible prisoner swap deal with Washington.
A day after Brunson’s custody was commuted from a prison term to house arrest, Trump threatened Ankara with sanctions. Threats of "significant sanctions" were also voiced by Vice President Mike Pence.
"The United States will impose large sanctions on Turkey for their long time detainment of Pastor Andrew Brunson, a great Christian, family man and wonderful human being. He is suffering greatly. This innocent man of faith should be released immediately!" Trump wrote on Twitter.
"We will never tolerate threats from anybody," Çavuşoglu replied in a post, before having a phone discussion with Pompeo.
No F-35s for Turkey: US Senate blocks sale of fighter jets to Ankara
Erdoğan's government is also adamant on pushing ahead with the purchase of American F-35 jets, which US lawmakers are trying to block, over Turkey’s plans to buy S-400 surface-to-air missile systems from Russia. Ankara would seek justice by international arbitration if the US fails to deliver the fighter jets, Erdoğan noted.
Arms sales and the Brunson case aren’t the only points of contention between the US and Turkey. Ankara demands that the US hand over Fethullah Gulen, a prominent dissident cleric who currently resides in Pennsylvania. Turkey considers him and his followers to be terrorists, who tried to overthrow its government two years agο.
Turkey has also been resisting US pressure to stop importing Iranian crude, which the State Department has demanded from its allies, by November 4. Ankara believes that US foreign and economic policy decisions are not binding for Turkey, arguing that any Iranian sanctions must be conducted under the UN-mandated international law.