Our galaxy could be littered with warm, watery planets like Earth.
That's the conclusion of researchers at Penn State University, who used data from NASA's Kepler telescope to estimate the number of Earth-like planets in the Milky Way.
Their results, published in The Astronomical Journal this week, suggest that an Earth-like planet orbits one in every four Sun-like stars. Totalled up, that means there could be up to 10 billion Earth-like worlds in our home galaxy.
The estimate is an important step in the search for alien life, since any potential life on other planets would most likely be found on an Earth-like world warm enough to hold liquid water.
So a better understanding of the potential number of Earth-like planets in the galaxy can inform projects like the Wide-Field Infrared Survey Telescope, which will launch into space in the mid 2020s and hunt for signs of oxygen and water vapour on distant planets.

"We get a lot more return on our investment if we know when and where to look," Eric Ford, a professor of astrophysics and co-author of the new study, told Business Insider.
Ford's team defined an Earth-like planet as being anywhere from three-quarters to one-and-a-half times the size of Earth, and orbiting its star every 237 to 500 days.
That's presumably within the star's habitable zone – the "range of orbital distances at which the planets could support liquid water on their surfaces," as Ford described it in a press release.
"For astronomers who are trying to figure out what is a good design for the next major space observatory, this piece of information is an integral part of that planning process," he said.

The researchers' estimate is based on data from NASA's Kepler space telescope. Launched in 2009, the telescope used what's known as the transit method to find worlds outside our Solar System. It watched over 530,000 stars for tiny dips in a star's brightness that could be caused by a planet passing in front of it – transits, in other words.
This work transformed our understanding of the galaxy. Kepler found more than 2,600 exoplanets, revealed that there are more planets than stars in the Milky Way, and gave researchers new insight into the diversity of planet types.
The telescope also allowed scientists to confirm for the first time that many exoplanets are similar to Earth.
The telescope retired last year after it ran out of fuel, but passed the planet-hunting torch to the Transiting Exoplanet Survey Satellite (TESS), which launched in April 2018.
Overall, Kepler's results suggested that 20 percent to 50 percent of the stars visible in the night sky had Earth-like planets in their habitable zones.
But Ford's team didn't want to estimate the number of Earth-like planets in the galaxy based solely on the exoplanets Kepler found, because the transit method is only good at detecting large planets close to their stars (since they block out more light).
It's not great, however, at finding small planets farther from their stars. Plus, Kepler's method was biased toward small, dim stars about one third the mass of our Sun.
So to estimate how many planets Kepler might have missed, the researchers created computer simulations of hypothetical universes of stars and planets, based on a combination of Kepler's planet catalogue and a survey of our galaxy's stars from the European Space Agency's Gaia spacecraft.
Then the researchers' program "observed" those stars as Kepler would have.
The simulation gave the scientists a sense of how many exoplanets in each hypothetical universe Kepler would have detected, and which kinds.
They could then compare that data to what the real Kepler telescope detected in our universe to estimate the abundance of Earth-sized planets in the habitable zones of Sun-like stars.
"There are significant uncertainties in what range of stars you label 'Sun-like,' what range of orbital distances you consider to be 'in the habitable zone,' what range of planet sizes you consider to be 'Earth-like,'" Ford said.
"Given those uncertainties, both 5 and 10 billion are reasonable estimates."


Improving the search for aliens

The next step in the search for alien life is to study potentially habitable planets to figure out what they're made of.
"Scientists are particularly interested in searching for biomarkers – molecules indicative of life – in the atmospheres of roughly Earth-size planets," Ford said.
Even if a planet is in a star's habitable zone, it still needs a substantial atmosphere to trap enough heat to sustain liquid water on its surface. Scientists can calculate the composition of an exoplanet's atmosphere by measuring how its star's light behaves as it passes through.
This is where Ford's research comes into play: If Earth-like worlds are abundant, there could be enough of them close by for NASA scientists to study with a smaller, cheaper telescope. If all the Earth-y worlds are far away, though, NASA would need to rely on more far-reaching telescopes.
The researchers recommended that future space missions plan for a range of possible incidences of Earth-like planets – between one for every 33 Sun-like stars and one for every two sun-like stars.
"One of the important things here is not just giving a single number but understanding the range of possibilities," Ford said. "So that people who have to make decisions could hope for the best and plan for the worst and still be able to come up with a solid scientific strategy." 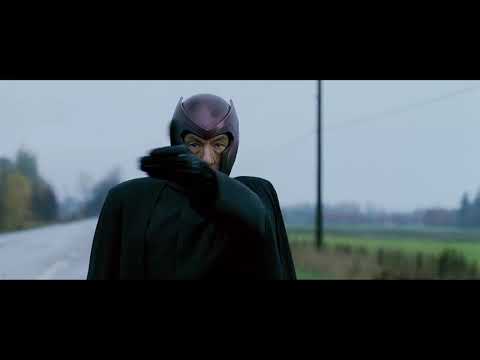