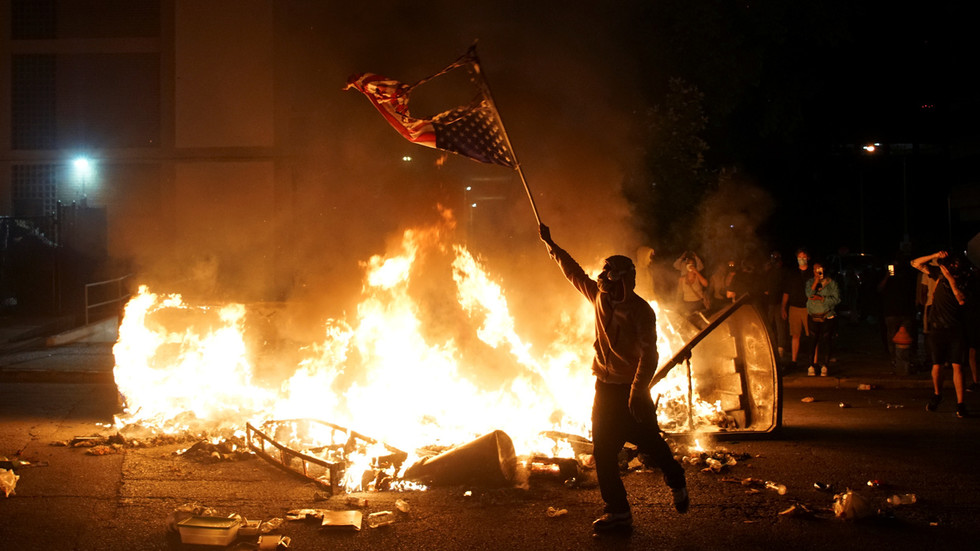 Even as US police crack down on riots and looting, authorities from St. Louis to New York City are simply releasing everyone arrested in connection with the unrest, due to the reform championed by social justice activists.
Retired police captain David Dorn was gunned down by looters and four active duty police were shot in St. Louis, Missouri, as protests over last week’s death of George Floyd in Minnesota turned into violent riots on Monday. The 25 people arrested in connection with the unrest were released by circuit attorney Kim Gardner, however.
“It’s unfathomable that every single person arrested that night has been released,” state Attorney General Eric Schmitt told reporters on Wednesday. “It’s stunning.” Schmitt vowed to do everything he can to prosecute the rioters.

Gardner is the first African-American circuit attorney in St. Louis, elected in 2016 with substantial assistance of Democrat mega-donor George Soros, following the unrest in nearby Ferguson. In 2018, she led a probe against the Republican Governor Eric Greitens, eventually dropping the charges after he resigned from office.
In New York City, which has also seen several days of looting and riots, police chief Terrence Monahan lamented that most of the suspects arrested by his officers are immediately released as a result of the state bail-reform law.
“Because of bail reform, you’re back out on the street the next day. You cannot be held on any sort of bail,” Monahan told the New York Post on Tuesday. When he brought up the matter with Manhattan District Attorney Cyrus Vance, “he told me there’s nothing he can do,” the chief added. NYPD made over 650 arrests on Monday night alone.
Approved in 2019 and taking effect in January, the law eliminates cash bail for offenses like stalking, burglary, some types of assault, a number of drug offenses, and even certain kinds of arson and robbery.
Over in Massachusetts, the state attorney general made a speech to the Boston Chamber of Commerce on Tuesday describing the protesting and rioting as an “opportunity” to “build anew in ways that rid us of the institutionalized racism that’s led to America burning today.”
“Yes, America is burning. But that’s how forests grow,” argued AG Maura Healey (D). More than 50 people were arrested in Boston after the protests turned violent.
Four officers in Minneapolis, Minnesota were filmed arresting Floyd last week, with one of them kneeling on the African-American man’s neck as he complained he couldn’t breathe. All four were quickly fired, and the one held responsible for Floyd’s death was charged with murder within days, but protests turned violent anyway. The riots, looting and arson have since spread all over the US and became heavily politicized.