The U.S. military has a huge problem with obesity and it's only getting worse 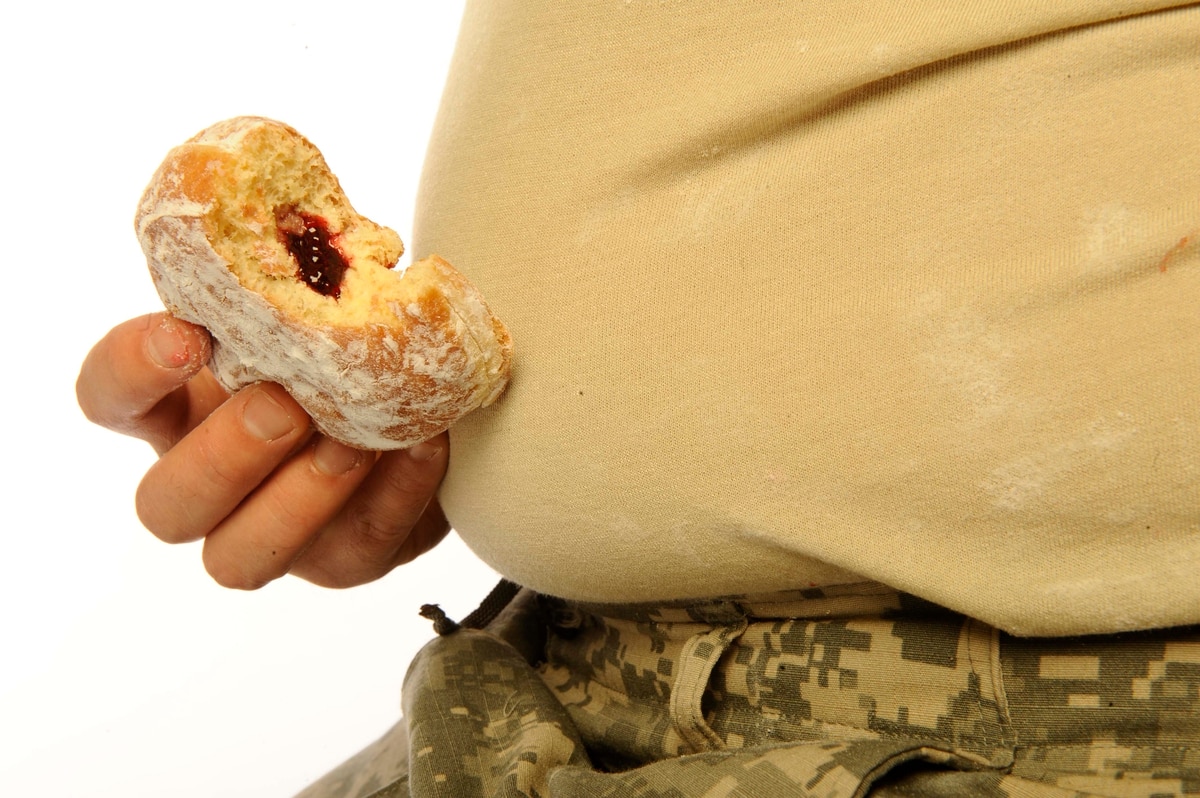 It’s not exactly clear why America's military personnel are getting fatter. Could be that 15 years of war have weakened the focus on fitness. Could be that millennials, with their penchant for sedentary activities like playing video games and killing time on social media, aren't always up to the rigors of military life. Could be all the burgers, fries, cakes and pies served in chow halls around the world.
And maybe, too, the military is simply reflecting the nation's broader population, whose poor eating habits are fueling an alarming rise obesity rates.
This much is clear, though: Today’s military is fatter than ever.
For the first time in years, the Pentagon has disclosed data indicating the number of troops its deems overweight, raising big questions about the health, fitness and readiness of today's force.
About 7.8 percent of the military — roughly one in every 13 troops — is clinically overweight, defined by a body mass-index greater than 25. This rate has crept upward since 2001, when it was just 1.6 percent, or one in 60, according to Defense Department data obtained by Military Times. And it's highest among women, blacks, Hispanics and older service members.
Compared to the U.S. civilian population, the rate of overweight troops is far smaller. About 70 percent of the adult American population is clinically overweight or obese, according to data from the U.S. Centers for Disease Control.

Defense Department health officials released the data after multiple requests from the Military Times. They did not provide service-specific data to show the rate of overweight troops specifically within the Army, Navy, Air Force and Marine Corps.

This disclosure comes at a time when top Pentagon health officials are rewriting forcewide guidelines for body composition standards and the methods for officially evaluating it. For individual troops, a diagnosis of obesity can stall a career or lead to involuntary separation, so these policies are central to military life.

Some Pentagon officials say the mounting signs of obesity are nothing to worry about. Yet others say obesity can be a life-and-death issue on the battlefield. Overweight troops may not move as quickly in ground combat, making them easier targets. And if they are wounded, it is more difficult for their buddies to pull them to safety.

"If I have to climb up to the top of a mountain in Nuristan, in Afghanistan, and if I have someone who is classified as clinically obese, they are potentially going to be a liability for me on that patrol," said Army Command Sgt. Maj. John Troxell, the military’s top noncommissioned officer and the senior enlisted adviser to Joint Chiefs Chairman Gen. Joseph Dunford.

Troxell said today’s force is combat ready, but he believes the obesity trends are troubling, and demand careful consideration from senior leaders. "I don’t think it’s a clear readiness concern right now.  But I think it’s something that needs our attention. And we really have to look across our services at what we’re doing every morning or every day to prepare the men and women for what could be the worst day of their life," Troxell said in a recent interview. 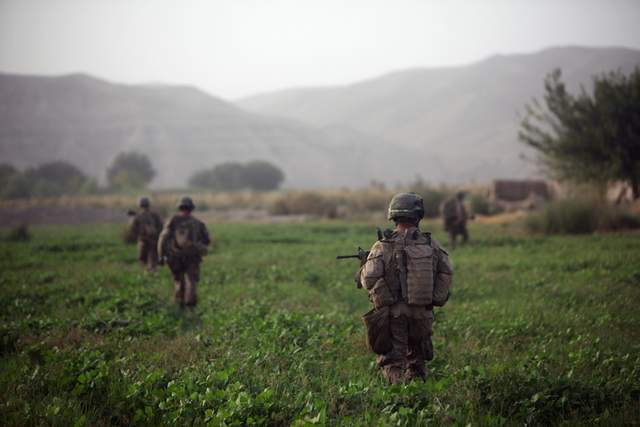 The latest Pentagon obesity data validates concerns raised by "Mission: Readiness," a nonprofit group of more than 600 retired military officers who work to strengthen national security by advocating for children nationwide to have good schools and good eating habits. Obesity is atop the group’s agenda. Studies suggest that about 70 percent of American teens are not eligible for military service, and failure to meet fitness standards is a leading cause.
"This is about the national security of the United States," said retired Army Lt.
Gen.
John
Bednarek, who was the highest ranking American general in Iraq in 2014. "It’s a long term trend and we cannot turn a blind eye. The bottom line is that our commanders and senior enlisted leaders have to take a look at what we are serving, whether it’s in the [dining facility] or aboard a ship in the mess. Are we providing healthy choices? Are we providing fruits and vegetable options up front? As opposed to the first thing they see in the morning is the grill with a 22-grams-of-fat sausage patty?"
ARE THE WARS TO BLAME?
Like everything else in the military, the start of the wars in Iraq and Afghanistan transformed its fitness culture. "In the 90s we were a running culture. If you weren’t running, you weren’t training. And we were doing a lot of foot marching and things like that," said Troxell, the Pentagon's top enlisted adviser. "As 9/11 happened and we started doing operations in Iraq and Afghanistan, and the operational tempo rose for service members, I think more and more we started slowing down. We started doing more walking. Obviously in the Army and Marines, we started doing more walking with heavy loads, and moving over rough and uneven terrain, which in itself was developing muscles that we weren’t developing before. So now we were going from looking like runners to these block-y looking football players."
Troxell said that he believes the urgent demands created by combat may have led some unit-level leaders to prioritize missions over traditional physical training. "In some cases," he added, "the first thing that gets cut is the fitness session that was on the training calendar, when actually that is probably the most important thing we do every day."
Add to that wartime eating habits. "At the dining facilities that we had in Iraq and Afghanistan, it was really four or five times a day. It was unlimited chow of all kinds that service members could indulge in. And all of the sudden it led to some overeating and pretty soon we had people whose body mass was going up to what doctors would say is clinically obese," Troxell said.
Troxell also said that some of the military's current fitness challenges reflect the new generation of young people joining the services.
"The men and women that are coming in today weren’t doing the things as they were growing up that I was doing when I was growing up, such as playing outside until dark, racing with my friends from one crack in the cement to another crack in the cement. More and more, young men and women are attracted to things that happen indoors and allow them be on a couch, like playing video games," Troxell said. "Men and women are growing up differently. There is less physical activities and more mental activities."
NEW POLICY COMING SOON
The BMI metric is a key issue for the Pentagon’s current review of its forcewide body composition policy, the first time in 14 years that officials have rewritten those rules.
For most troops, the official assessment of body composition starts with the BMI test to determine if their height and weight align sufficiently to suggest they are fit. If individual troops show a good BMI, they pass the body composition test. If they fail, they must undergo a more complete "tape test" to estimate actual body fat percentage.
The current policy requires service members to maintain body fat levels below a key threshold – 28 percent for men and 36 percent for women. And for years the Pentagon has required the services to enforce that using a notoriously low-tech "tape test." Failure is often recorded in official personnel records and can impact future promotion prospects. Repeated failures can result in involuntary separation.
Many troops are critical of both the BMI and the tape tests, which can arbitrarily penalize individuals with certain body types.
Top military health plan to publish a new policy later this year that could have a sweeping effect on how the military defines and measures health and fitness. 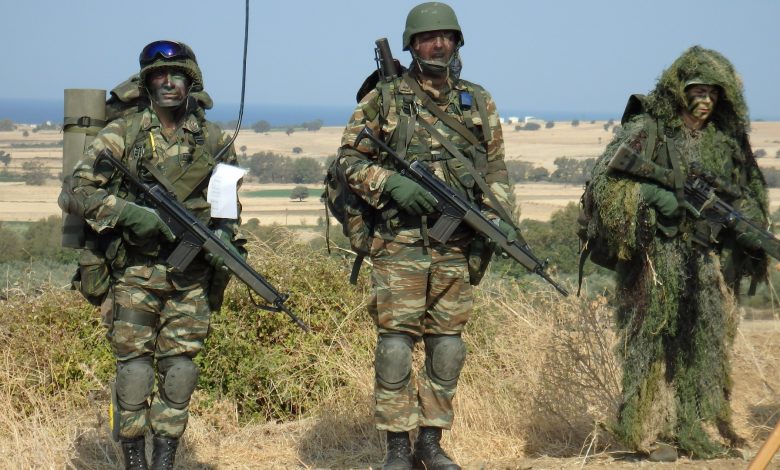