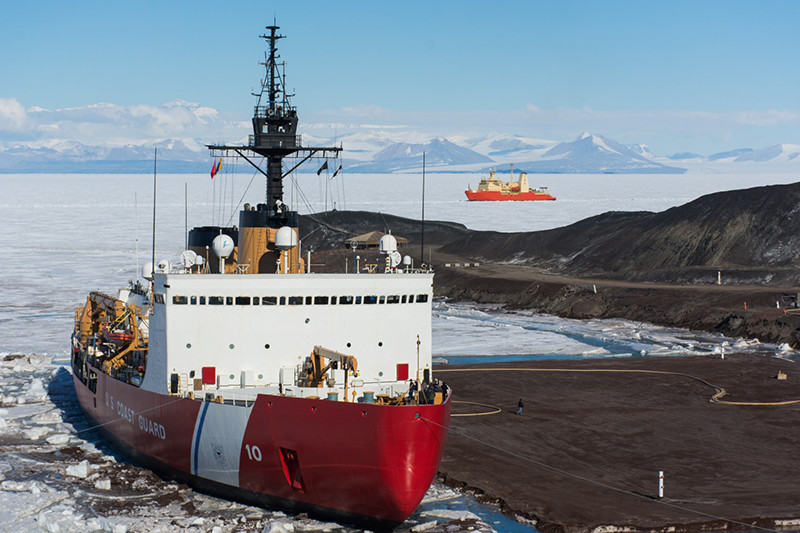 WASHINGTON: As more sea lanes open and stay open longer due to “dramatic changes in the physical environment of the Arctic,” the Coast Guard is hamstrung with a fraction of icebreakers deployed by Russia, and may soon even trail China, which is not an Arctic nation.
The new Coast Guard analysis of challenges in the Arctic  — released Monday — arrives two months before the Pentagon is expected to release its updated vision for operations in the Arctic. The relook has become necessary due to “changes in regional geopolitical competition, economic drivers, and the physical environment,” in the Arctic, the strategic outlook says.
“The Arctic’s role in geostrategic competition is growing, in large part because reductions in permanent sea ice have exposed coastal borders and facilitated increased human and economic activity. The warming of the Arctic has led to longer and larger windows of reduced ice conditions,” the new document says. “From 2006 to 2018, satellite imagery observed the 12 lowest Arctic ice extents on record. This has led to greater access through Arctic shipping routes.”

Policymakers in Washington have grown increasingly concerned they have allowed competitors to gain the upper hand in operating above the Arctic Circle, as the military has been almost solely focused on fighting extremists in the Middle East for the past two decades.
But with Russia rebuilding bases in the region while openly talking about deploying missiles in the far north, and China racing to claim some of the natural resources opening up with the melting of the ice cap, Washington is scrambling to get back into the game. 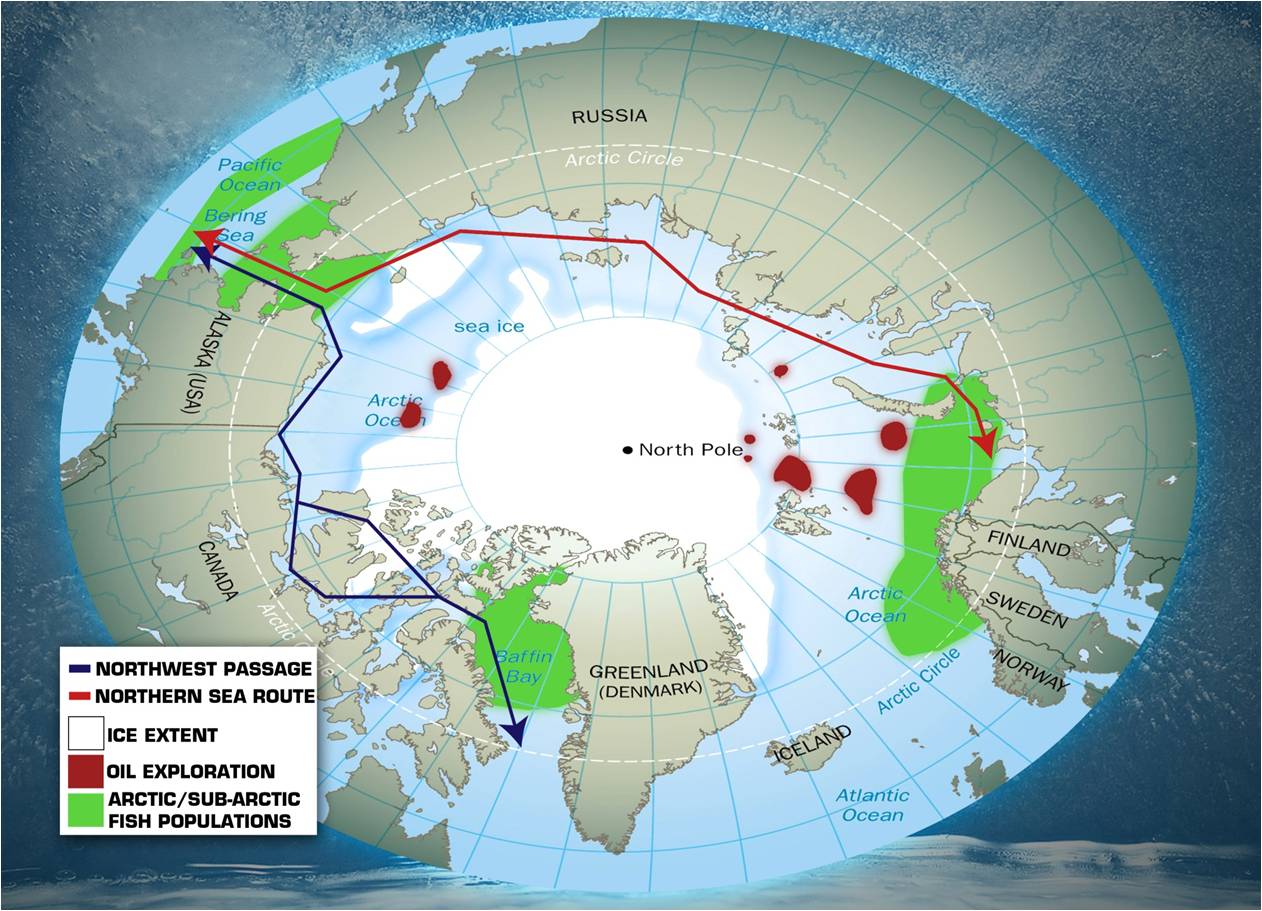 “Everyone is up there but us,” Navy Secretary Richard Spencer lamented late last year, even as the USS Truman became the first US aircraft carrier to operate above the Arctic Circle in November.
Taking measure of both Russia and China, the strategy states that “a key element of the strategies of our competitors is to engage in activities that weaken the international order that underpins a free and open maritime domain. They do so under a cloud of ambiguity that makes it difficult to mount an effective or timely response to such activities. Clear and universally held norms, coupled with transparency, can dissipate that cloud.”
Russia currently boasts a fleet of over 40 icebreakers, while China is working on building its third, a nuclear-powered ship that when finished will give Beijing the ability to work north of the Arctic Circle for months at a time.
The Coast Guard only has two ships capable of operating in the ice of the Arctic. The service plans to spend $655 million on a new class of polar security cutters in the coming years, but service leaders stress that they have many other requirements competing for its limited budgets, chief among them improving its communications network in the far north.
However, the Coasties note their strength comes not only from ships that can ply the rugged Arctic waters, but from the friends and allies America has across the tundra. The Arctic Council, native communities and the NATO allies who gird the Arctic can all help plug the capabilities gaps the service faces. They can also help blunt the persistent efforts by Russia and China to challenge the existing rules-based liberal order of international law and customs that have guided conduct across the oceans and skies for several hundred years, the document says.
While the Navy has no ships that can move through Arctic ice floes, the admirals at the Pentagon have pledged to sail more ships to the edges of the Arctic. The Coast Guard pledges to do more
The Navy has also said it may begin deploying submarine-hunting P-8 Poseidon aircraft to a small airstrip hundreds of miles off the Alaskan coast, signaling a new emphasis on keeping watch over Russian and Chinese moves in the Arctic. The remote runway sits on Adak island in the Aleutian island chain, and is the westernmost airfield that can handle passenger aircraft in the United States — it currently handles Air Alaska flights two days a week.
The Coast Guard pledges to do more than just deploy icebreakers and polar cutters. But it “does not currently have the capability or capacity necessary to assure access in the high latitudes. This shortfall limits the Coast Guard’s ability to proactively manage risks in the Arctic maritime domain. It also threatens the Nation’s ability to respond to crises in the Arctic, ranging from oil spills to contingency operations. To fill this strategic gap, the Coast Guard will invest in ice-breaking ships, such as the Polar Security Cutter, aviation assets, unmanned and/or autonomous systems, and personnel, all capable of operating in the austere and remote Arctic environment.”
But, as the language makes clear, much of that lies in the future. Today, the Russians and, yes, others, are operating there with better sea-going capabilities than the Coasties can muster. 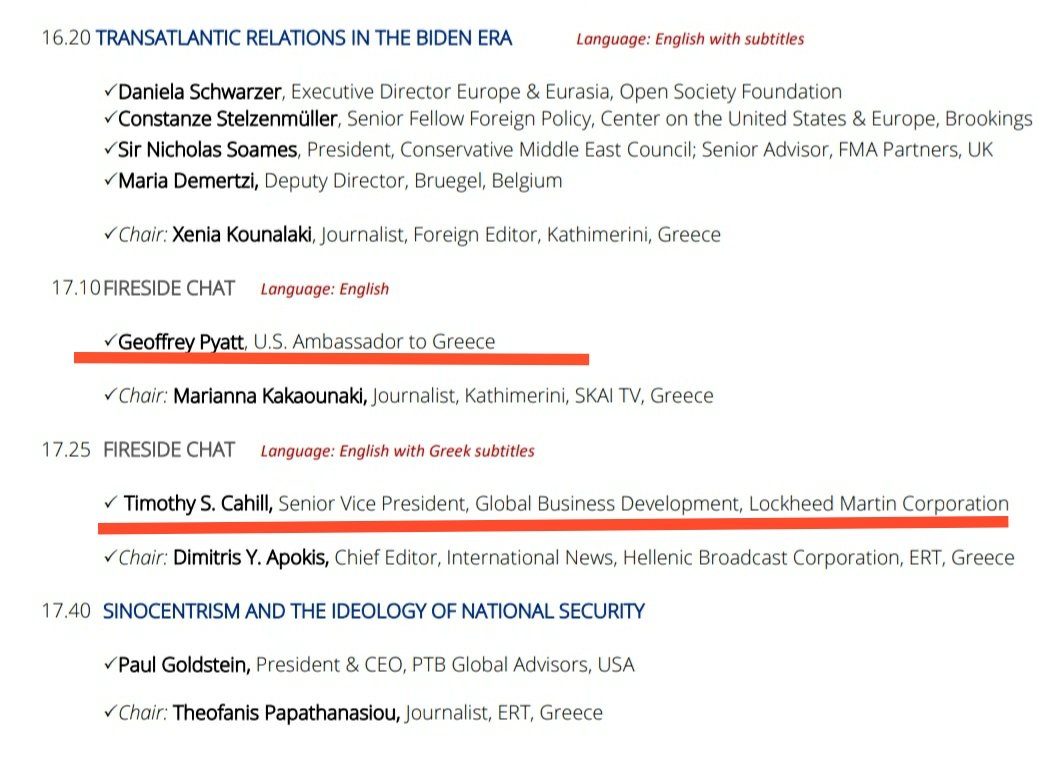