EU’s Tusk delivers savage blow to Theresa May: Brexit plan ‘will not work’ 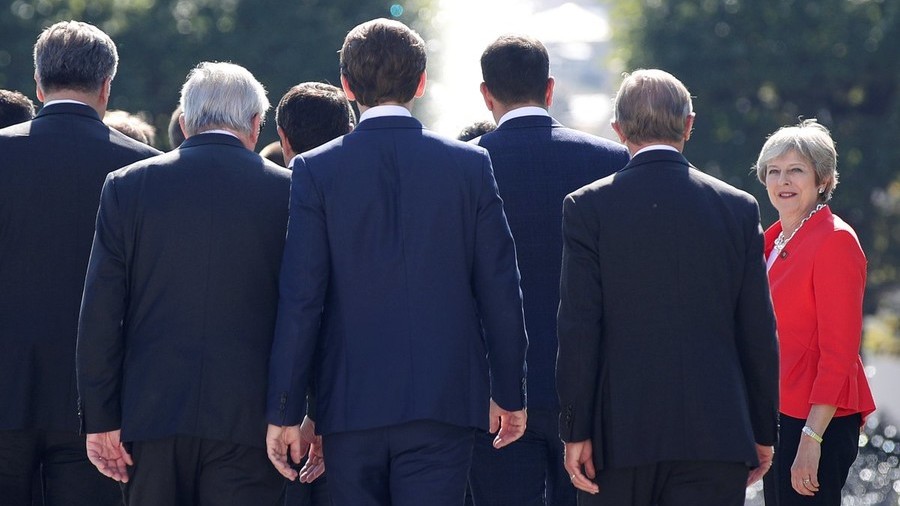 The head of the European Council (EC) has declared that Theresa May’s proposed economic partnership with the EU post-Brexit “will not work.” EC President Donald Tusk says the UK PM’s plans risk undermining the EU’s single market.
Tusk was speaking at the end of an EU summit in Salzburg, where the leaders of the 27 remaining states in the bloc were discussing Brexit. He said that while there were “positive elements” in May’s Chequers plan, a deal that puts the single market at risk cannot be accepted. 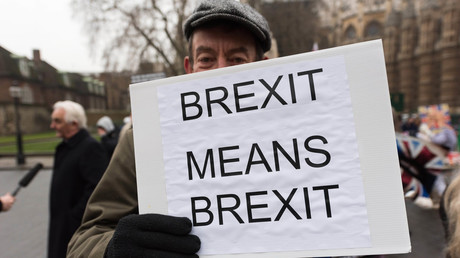 Brexiteer politicians are ‘liars,’ who left campaign ‘next day’ after UK referendum – Macron
“Everybody shared the view that while there are positive elements in the Chequers proposal, the suggested framework for economic co-operation will not work, not least because it is undermining the single market,” Tusk said, adding that he could not “exclude” the possibility that the UK could exit the EU in March with no deal.
May has been urging her European counterparts to accept her controversial Chequers plan, which has divided the Conservative party and the UK in general after it was thrashed out back in July. Despite the glacially-slow negotiation process, the UK is set to leave the EU on March 29 2019 – with or without an exit deal.
One of the main issues which has seen May and the EU at loggerheads has been how to avoid new checks on the Irish border. May has claimed that her proposals were the “only serious, credible” way to avoid a hard border in Northern Ireland. The Prime Minister said during a press conference after the Salzburg meeting that she would not accept the EU’s “backstop” plan to avoid a Northern Ireland hard border. She said the UK would shortly be bringing forward its own proposals.
May also said that there was “a lot of hard work to be done,” adding that the UK was also preparing for the eventuality of having to leave the EU without a deal. Tusk, meanwhile, said that the upcoming October summit would be the “moment of truth” for reaching a deal, and that “if the conditions are there” another summit would be held in November to “formalize” it.
READ MORE: ‘Absolute stinker’ of Brexit deal ‘like polishing a turd,’ claims Boris Johnson after 12hr deadlock
Formal negotiations on withdrawal began between the UK and the EU in June 2017 and talks on issues such as the rights of EU citizens and the Irish border have been slow going. On July 6, 2018, after a marathon 12-hour showdown at Chequers, May finally managed to secure a Brexit plan to present to the EU. The Chequers deal was labelled a “stinker” by Boris Johnson as the plan would see the UK remain closely tied to the EU – but after the Salzburg summit Brussels dismissed it too, with talks now at an impasse.