President Trump’s former top adviser Steve Bannon has been charged with fraud over a $34m crowd-funding campaign to build a wall with Mexico.


President Trump’s former chief adviser Steve Bannon has been arrested and charged with defrauding hundreds of thousands of donors over a crowd-funding campaign to build a wall between the US and Mexico.
Bannon, 66, Brian Kolfage, 38, Andrew Badolato, 56, and Timothy Shea, 49, are alleged to have “funnelled hundreds of thousands of dollars” and profited from their role in the $US25 million (A$34 million) scheme according to the US Department of Justice.
The defendants were arrested on Thursday morning US-time. They are each charged with one count of conspiracy to commit wire fraud and one count of conspiracy to commit money laundering, each of which carries a maximum penalty of 20 years in prison.

The online crowd-funding campaign known as “We Build the Wall” raised more than $25 million (A$34 million), prosecutors said, which the defendants said would be used on construction but was instead used for their own profit.
All four will appear in court separately today.

White House director of strategic communications Alyssa Farah did not comment on the arrest, saying “This is not a White House matter.”
Acting US Attorney Audrey Strauss said: “As alleged, the defendants defrauded hundreds of thousands of donors, capitalising on their interest in funding a border wall to raise millions of dollars, under the false pretence that all of that money would be spent on construction.
“While repeatedly assuring donors that Brian Kolfage, the founder and public face of We Build the Wall, would not be paid a cent, the defendants secretly schemed to pass hundreds of thousands of dollars to Kolfage, which he used to fund his lavish lifestyle. We thank the USPIS for their partnership in investigating this case, and we remain dedicated to rooting out and prosecuting fraud wherever we find it.”

Inspector-in-Charge Philip R. Bartlett said: “The defendants allegedly engaged in fraud when they misrepresented the true use of donated funds.
“As alleged, not only did they lie to donors, they schemed to hide their misappropriation of funds by creating sham invoices and accounts to launder donations and cover up their crimes, showing no regard for the law or the truth.
“This case should serve as a warning to other fraudsters that no one is above the law, not even a disabled war veteran or a millionaire political strategist.”
The indictment, which has been unsealed in a Manhattan court, alleges that Kolfage “repeatedly and falsely assured the public that he would “not take a penny in salary or compensation” and that “100 per cent of the funds raised … will be used in the execution of our mission and purpose”.
Prosecutors argue the group used funds in a way “inconsistent with the organisation’s public representations.”
The indictment alleges that Kolfage used US$350,000 for his personal use, while Bannon received over US$1 million through a non-profit organisation he controlled which was used to cover his expenses.
It says that once the group learned of a potential criminal investigation they stopped paying Kolfage a “secret” salary and started using encrypted messaging apps to conceal their alleged activities.
Bannon was the driving force behind Breitbart News before going to work for the Mr Trump’s presidential campaign in August 2016. He was handed a key chief strategist role in the White House but left in August 2017 amid reports of personality clashes and leaks to Fire and Fury, a political expose by journalist Michael Wolff.
“Steve Bannon has nothing to do with me or my presidency. When he was fired, he not only lost his job, he lost his mind,” Mr Trump said afterwards in a statement. 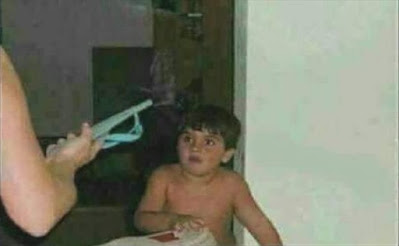