US President Donald Trump was abruptly pulled out of today’s media briefing by the Secret Service after shots were fired near the White House.
Mr Trump had been at the podium for a little over three minutes when a Secret Service agent suddenly interrupted him mid-sentence and told him he needed to leave.
“I mean the way they’re going, it looks like they’re going to be topping records, hopefully soon,” Mr Trump was saying, referring to the stock market.
“Sir, we’re just going to have to step out,” the agent said from off-camera.
“Excuse me?” Mr Trump said, turning to face him.
The agent approached him and spoke into his ear.
“Oh,” the President said.
“Excuse me,” he told the press corps, before turning and walking out of the room.

Mr Trump then left the room.Source:Supplied
He returned a short time later and explained what had happened.
“I’d like to thank the Secret Service for doing their always quick and effective work,” Mr Trump said.
“But there was an actual shooting. Somebody’s been taken to the hospital. I don’t know the condition of the person. Seems that the person was shot by Secret Service. So we’ll see what happens.”
He said nobody else had been injured.
A reporter asked whether Mr Trump could share more details.
“No, there are no details. We just found out, just now,” he replied.
“It was outside of the White House. This area, right over here (he pointed towards the back of the briefing room). They’ll have details for you in a little while.
“Somebody is taken to the hospital. It seems like the shooting was done by law enforcement, at that person, at the suspect. It was the suspect that was shot.”
The President said John Roberts, a Fox News reporter, was outside at the time of the incident and “heard two shots”.
“Was the threat towards you, sir?” another reporter asked.
“We don’t know. They’re going to find that out,” said Mr Trump.
Asked whether he had gone to the White House bunker, he revealed security had merely taken him to the Oval Office.
A reporter asked what, exactly, the agent who pulled him from the room had told him.
“Just told me, when he came up – you pretty much saw it like I did. He said, ‘Sir, can you please come with me?’ So you were surprised, I was surprised also. I think it’s probably pretty unusual,” Mr Trump said.
“But very, very professional people. They do a fantastic job.
“We’ll get on to the briefing. But I do want to thank the Secret Service. They are fantastic.”
Reporters still had questions about the incident.
“Was the suspect armed? Do you know, was he armed?” one of them asked.
“From what I understand, the answer is yes,” he replied.
“That’s what I understand. I don’t know. You’ll have to ask them.” 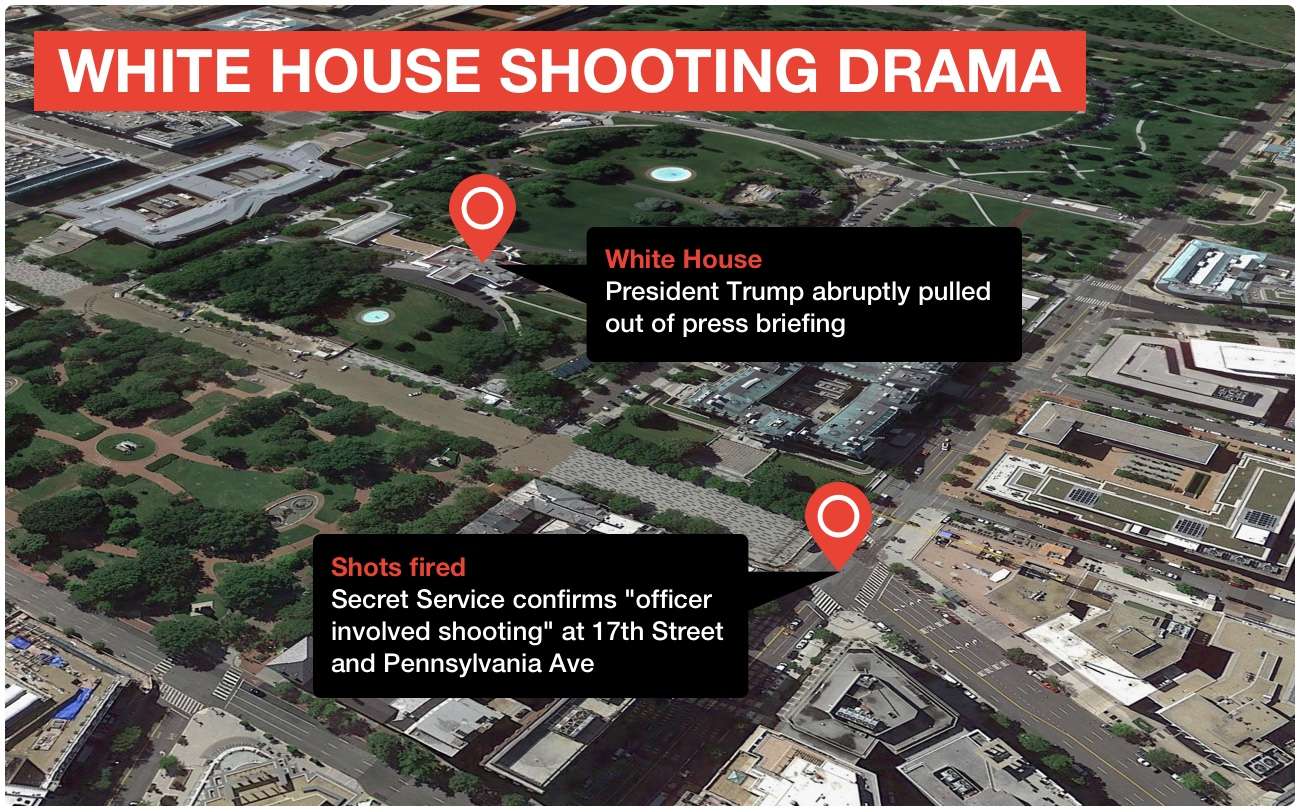 Asked whether the suspect had said anything about him, Mr Trump said he didn’t know.
“It might not have had anything to do with me. It might have been something else,” he said.
“But it was on the outside of the premises. The wall – as you know, the fencing, especially the new fencing that they put up, is very powerful. But it was on the outside of the White House.”
“Are you rattled at all by this, Mr President?” asked a reporter.
“I don’t know, do I seem rattled?” he replied.
“It’s unfortunate that this is a world – but the world’s always been a dangerous place. It’s not something that’s unique. The world has been – you look back over the centuries, the world has been a dangerous place.
“It will continue, I guess, for a period of time.”
Mr Trump stressed that he feels “very safe with the Secret Service”. 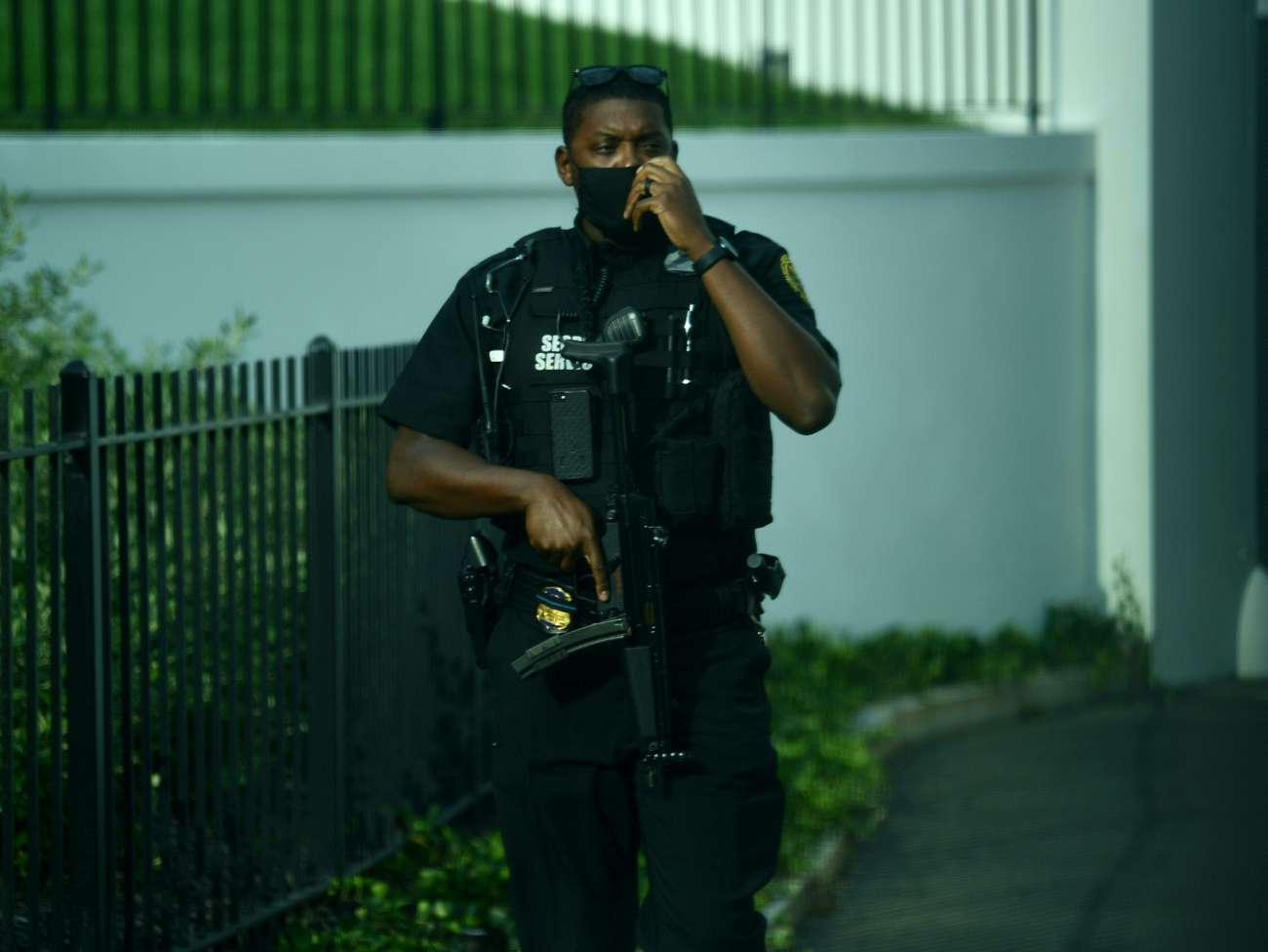 Brendan Smialowski/AFP
A member of US Secret Service's Counter Assault Team walks outside the Brady Briefing Room of the White House.

He then returned to his previous, interrupted point about the stock market, promising a full briefing later from the Secret Service.
The press conference proceeded as normal for about 20 minutes – among other things, Mr Trump claimed the “1917” Spanish flu pandemic “probably ended the Second World War” – until he noticed Roberts standing at the back of the room.
“I see John Roberts. John, you were outside, you said you heard shots fired before?” he said.
“Two shots in rapid succession, just after you took the podium,” Roberts responded.
“It definitely sounded like gunfire.”
In a brief statement, the Secret Service said the shooting had occurred at the intersection of 17th Street and Pennsylvania Avenue, near a fence at the edge of the White House grounds.
“The Secret Service can confirm there has been an officer-involved shooting,” it said.
“At no time during this incident was the White House complex breached or were any protectees in danger.”
It said a male subject and a Secret Service officer had been transported to hospital.

The incident occurred just to the northwest of the White House.Source:Supplied
ΠΗΓΗ
Posted by ΛΥΚΑΣΤΡΟΣ στις Αυγούστου 11, 2020 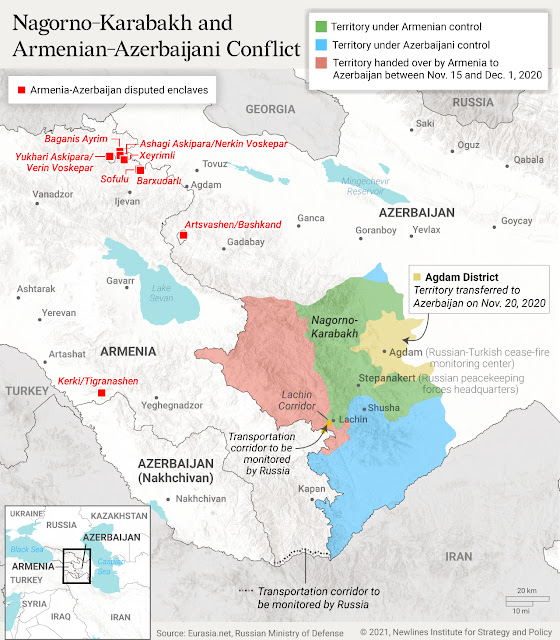