U.S. Special Operators Are Getting New Sniper Rifles For The Second Time In Six Years

Snipers can configure the new rifles to fire three different calibers, allowing them to replace various existing weapons with one gun.
US. military special operations forces are set to get new bolt-action Barrett Multi-Role Adaptive Design sniper rifles, or MRADs, which operators can readily reconfigure to fire any of three different calibers depending on the mission requirements. The new weapons will help U.S. Special Operations Command streamline its sniper rifle inventories and expand its capabilities, but comes less than six years after a previous contract for entirely different guns that was supposed to meet many of the same basic goals.
The Pentagon first announced Barrett had received the contract for Advanced Sniper Rifles (ASR), with an estimated value of up to almost $50 million over five years, in its daily contracting announcement on Mar. 11, 2019. The Tennessee-headquartered gunmaker subsequently confirmed it had gotten the deal and that the MRAD was the weapon in question in a press release posted on Mar. 12, 2019.


“The United States Department of Defense announced today that Barrett has been selected to provide their MRAD as the U.S. Special Operations Command Advanced Sniper Rifle system, designated as Mk 21,” the company's statement said. “This marks the first time in history that a father and son have had rifle designs adopted by the US military: Ronnie Barrett with M107 and Chris Barrett with Mk 21.”
Barrett is best known for its iconic .50 caliber M82 and M107 rifles, which have been in service across the U.S. military since the 1980s. The company now makes a variety of bolt-action, semi-automatic, and select-fire rifles, including its own derivatives of the ubiquitous AR-15/M16 family, as well as belt-fed machine guns.


It is not clear from Barrett’s statement or from the Pentagon announcement what the exact configuration of the Mk 21 version of the MRAD will be. Since unveiling the rifle publicly in 2010, the company has offered it with a variety of different barrels, ranging in length from 20 to 27 inches. All of these can accept various different muzzle devices, including those that work with quick-detach suppressors.
U.S. Special Operations Command (SOCOM) has only released limited details about its requirements for the ASR since publicly announcing the program in late 2017. The main requirement was for an individual to be able to rapidly and easily swap out a limited number of parts in order to convert the rifle to fire any one of three calibers – 7.62x51mm NATO, .300 Norma Magnum, and .338 Norma Magnum – as necessary. This eliminates the need for separate weapons to fire each of these rounds, offering special operations units added operational flexibility and reducing strain on the logistics and maintenance chains.


SOCOM also said that it wanted the rifles specifically to give snipers the ability to target opponents at ranges beyond 1,640 yards. The .300 and .338 Norma Magnum cartridges will help close the range gap between existing bolt-action sniper rifles in 7.62x51mm and .300 Winchester Magnum and larger .50 caliber anti-materiel rifles, such as Barrett’s own M107.
The ASR is primarily slated to replace the remaining variants of the Mk 13 rifle family, which are derivatives of the Remington 700 in .300 Winchester Magnum. Being able to use older stocks of 7.62x51mm ammunition would allow snipers to readily use the rifles for low-cost training at shorter ranges.


The MRAD certainly meets SOCOM's requirements. As its name implies, Barrett designed it from the outset to be able to accommodate a wide variety of different ammunition types. The company presently offers it commercially in any of eight different calibers, including the three SOCOM requested.
In February 2019, Barrett won a separate contract from the U.S. Department of Defense for MRADs in a fourth caliber, .300 Precision Rifle Cartridge (PRC). It remains unclear who will receive these rifles, but this purchase appears to be entirely unrelated to SOCOM’s ASR program.
The MRAD's modular “adaptive” design also allows for the rapid removal of the trigger assembly for easy cleaning or replacement with another module altogether. This streamlines maintenance and also means that an armorer could install trigger packs with different characteristics, such as changes in the weight or length of the trigger pull, which better meet a shooter’s preferences or their mission requirements. The MRAD also has an accessory rail running the full length of the top of the rifle, as well as additional accessory attachment points on the side, for day and night vision optics, thermal imagers, and other accessories.


But the purchase of the Barrett rifles raises questions about performance, or lack thereof, of rifles that SOCOM began purchasing in 2013 under an earlier program known as the Precision Sniper Rifle (PSR). That effort began four years earlier and called for a rifle that could accurately engage targets between 330 and 1,640 yards and could swap quickly between 7.62x51mm, .300 Winchester Magnum, and .338 Lapua Magnum.
Remington won this competition with their Modular Sniper Rifle (MSR), a derivative of the 7.62x51mm M2010 sniper rifle the company had developed for the U.S. Army. Among the rifles that lost out was the MRAD, which Barrett had originally developed specifically for the competition.


At the time, SOCOM confusingly announced that Remington’s rifle would also be designated the Mk 21. Though not unheard of, it is extremely rare for two completely distinct rifles to share the same base designation.
The PSR contract was also supposed to include work through 2023, but there has been very little discussion about the introduction and use of these rifles since Remington won the deal. In 2015, SOCOM almost zeroed out the fifth delivery order – cutting more than $4.8 million from the option, which was originally worth less than $5.1 million – without offering a public explanation. There have been no other contract actions relating to the PSR deal since then, according to the Federal Procurement Data System.
In 2018, U.S. Army Lieutenant Colonel Mark Owens, the Program Manager for Ammo and Weapons within SOCOM’s Program Executive Office for Special Operations Forces Warrior, made no mention of the PSR program whatsoever in a briefing he gave at the National Defense Industry Association’s annual Special Operations Forces Industry Conference. The same presentation said that special operations forces would continue to use the existing Mk 13 rifles until they got phased out in favor of the new ASRs.

So, it remains to be seen whether the new Barrett Mk 21 rifles will supplement or outright replace the Remington Mk 21s. Depending on how many of the latter rifles SOCOM actually accepted delivery of as part the PSR program, it may be easy for the new ASRs to supplant them entirely.
Whatever the case, the Barrett rifles will definitely give special operators more options and the ability to engage targets out to longer ranges and with greater precision over their older Mk 13 rifles. 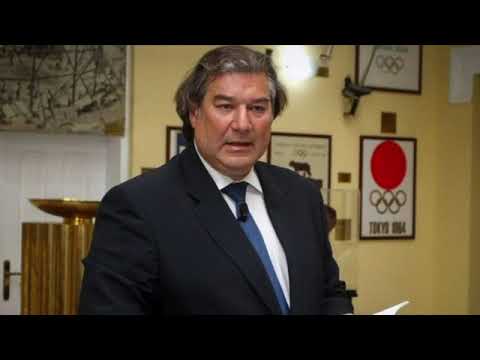