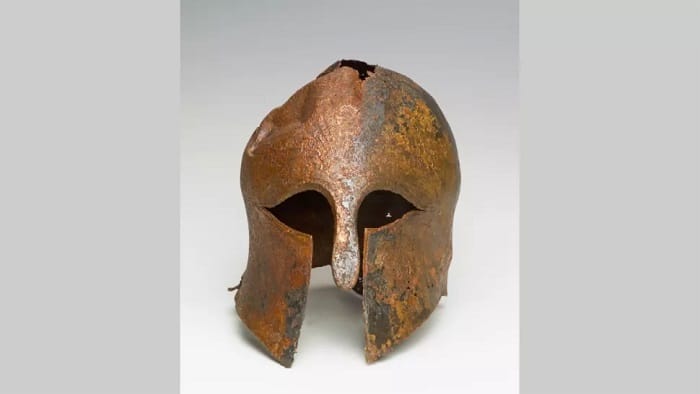 A Greek helmet from the Persian Wars that was found several years ago in Israel has recently been turned over to Israeli authorities.

A statement issued by the Israeli Antiquities Authority says that the soldier to whom the bronze helmet once belonged may have taken part in a counterattack in the ongoing battles against the Persian Empire 2,500 years ago.

The bronze, Corinthian-type helmet, in remarkably intact condition, was most likely worn by a Greek soldier during the Greco-Persian wars.

Found by seamen from a Dutch ship at the port of Haifa in Israel in 2007, the priceless find was only recently turned over to Israeli officials.

The Antiquities Authority announcement says “The helmet belongs to the Corinthian type that takes its name from the city of Corinth in Greece where it was developed in the 6th century BC.”

Greek helmet from the time of Marathon, Thermopyle and Salamis

The statement says that the helmet “was masterfully made from a single bronze sheet with heating and forging. This technique allowed the weight to be reduced without reducing the protective capacity.”

The director of the Antiquities Authority’s marine department, Coby Sarvit, stated that the helmet “probably belonged to a Greek soldier of the Greek fleet who took part in the attacks against the Persians who dominated the country at that time.”

The owner of the helmet most likely took part in the Greek counterattack that was launched in 479 B.C. against the Persians, whose empire at that time stretched across  almost the entire Middle East.

Two previous attempts by the Persians to invade Greece were both ultimately unsuccessful. The first, at the Battle of Marathon, just outside Athens, was repulsed in 490 BC., and during the second they were met by the Spartans, under King Leonidas, at the Battle of Thermopylae in 480 BC.

After the Battle of Salamis, the Persians were finally expelled from Greece in 479 BC, but additional battles took place for more than a century, until the final conquest of the Persian Empire by Alexander the Great in 330 BC.

Building and bust of a man found in Salamis in 2019

In the summer of 2019, marine archaeologists announced that they have discovered underwater artifacts at the site of a building where the naval battle of Salamis was fought in the Saronic Gulf in 480 B.C.

This major discovery was made during excavation work approximately one year ago in the shallow waters off the coast of Salamis, according to a recent announcement by the Greek Ministry of Culture.

The structure, which was standing in shallow water, is almost 50 feet long and was constructed on a north-south axis. Researchers believe it was a large public building which was used until the late Roman times, in the third century, according to Newsweek.

The researchers said it would likely have been one of the main public buildings of the ancient city, located at its lowest point — in the port area. The team found ceramics, statues, columns or pillars and other features relating to the building, along with marble sculptures.

One of the most spectacular finds was the exquisite head belonging to a statue of an athlete or god, which the ministry said appeared to be from the fourth century B.C.

The Battle of Salamis ranks as one of the greatest and most significant in antiquity, as a Greek fleet of warships destroyed a fleet from Persia, sparing Europe from invasion from the East. 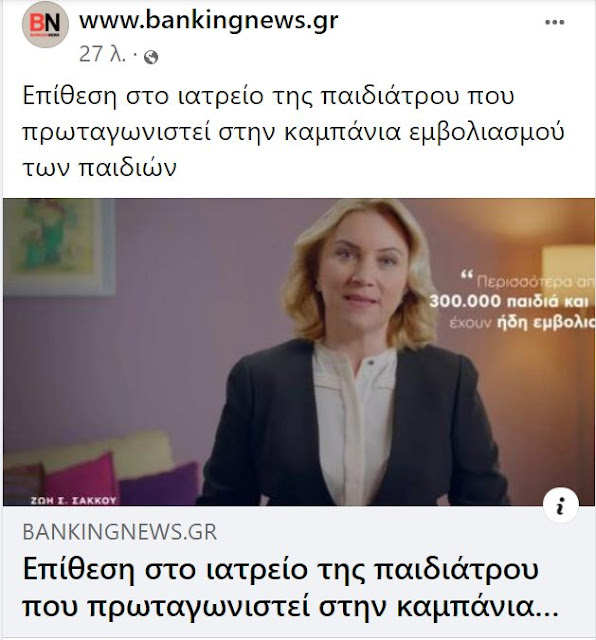