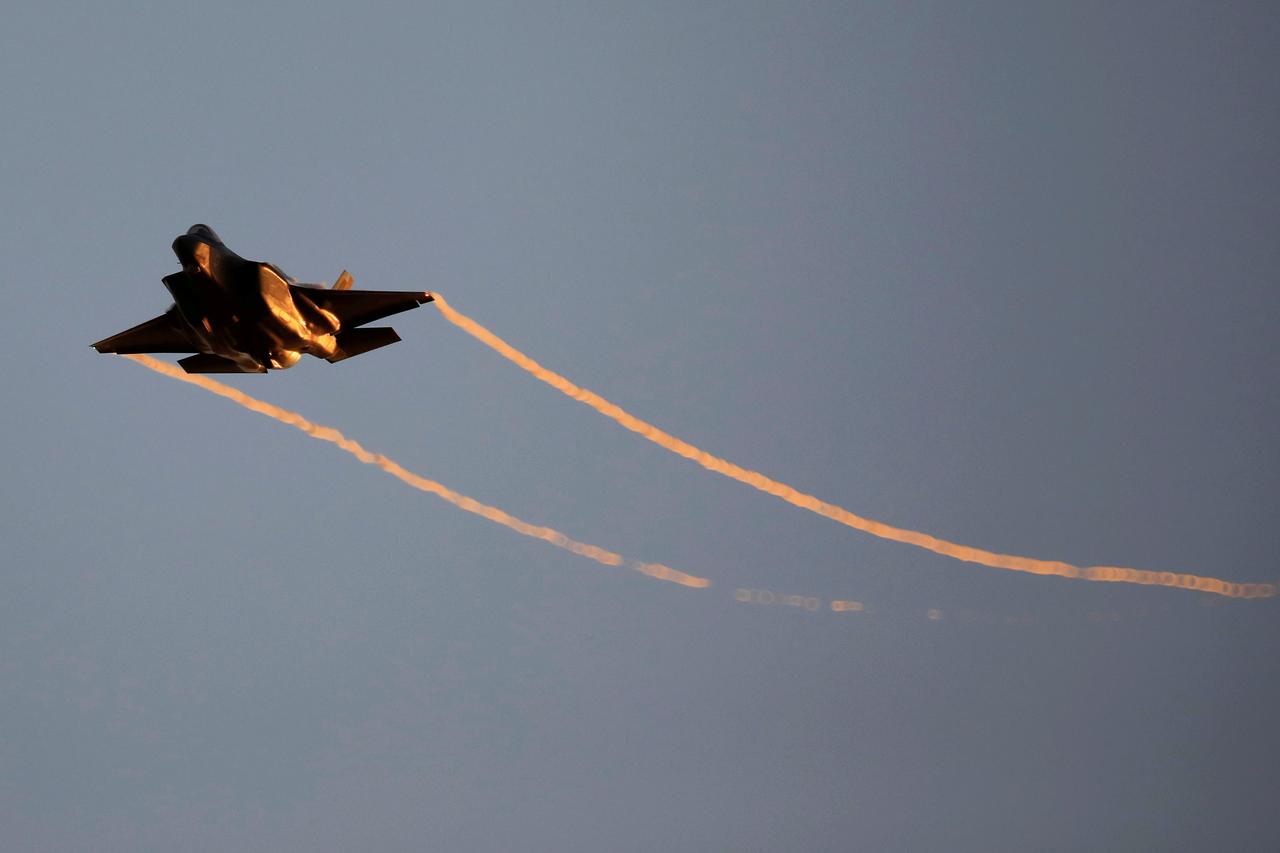 ANKARA (Reuters) - Turkey is still producing and delivering parts for U.S. F-35 jets despite being suspended from the program nearly a year ago over its purchase of a Russian anti-aircraft defense system, Defence Industry Director Ismail Demir said on Thursday.
Washington announced last July, when the first Russian S-400 units arrived in Turkey, that it was suspending Ankara from the F-35 program and expected to “wind down” Turkey’s involvement by March 2020.
The United States also said the purchase meant Turkey could be subjected to sanctions under U.S. legislation aimed at discouraging defense purchases from Moscow.
Turkey was both a parts manufacturer and major buyer of the Lockheed Martin F-35 stealth jets. Washington says the S-400s jeopardize the jets - which Ankara denies - and are incompatible with NATO defense systems.

“There was an understanding in the United States that nothing would be bought from Turkey for the F-35s after March 2020, but that approach is no longer there,” Demir said. He suggested the global coronavirus pandemic meant the March deadline no longer applied, without elaborating.
“Our companies continue their production and delivery,” Demir said in an online interview, adding that Turkey remained a “loyal partner” of the F-35 program.
Taking Turkey out of the project would cost other members of the program up to $600 million, he said.
Turkish officials have said the deployment of the S-400s has been put back from April because of the coronavirus outbreak, but will ultimately go ahead.
Demir said a new timetable for activating the S-400s would be drawn up once operations were back to full capacity after the outbreak.